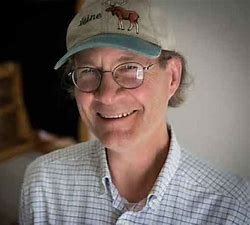 The mission of the Mile Hive Bee Club is to support and educate Colorado Front Range hobby beekeepers in sustainable, best beekeeping management practices, promote beekeeping as part of urban agriculture and gardening, and educate the community about the importance of bees to the health of the regional ecosystem. Membership benefits include free rental of club extracting equipment and the option of being a swarm catcher through the CSBA swarm hotline. Catching swarms is an amazing way to build your understanding of bee biology, and do important outreach to the non-beekeeping community(and get more bees!).

T- shirts are only $12! Hoodies are $25! We still have t shirts in all sizes, but hoodies are almost out. We are sold out of Mediums and Larges. Please call Bryan Zavada at 303 947 8607 before ordering a hoodie to verify your size!

To Bee or Not to Bee
Beekeeping Supplies and Classes
303-728-4422
bakersbeesllc@gmail.com
tobeeornottobee.us/ 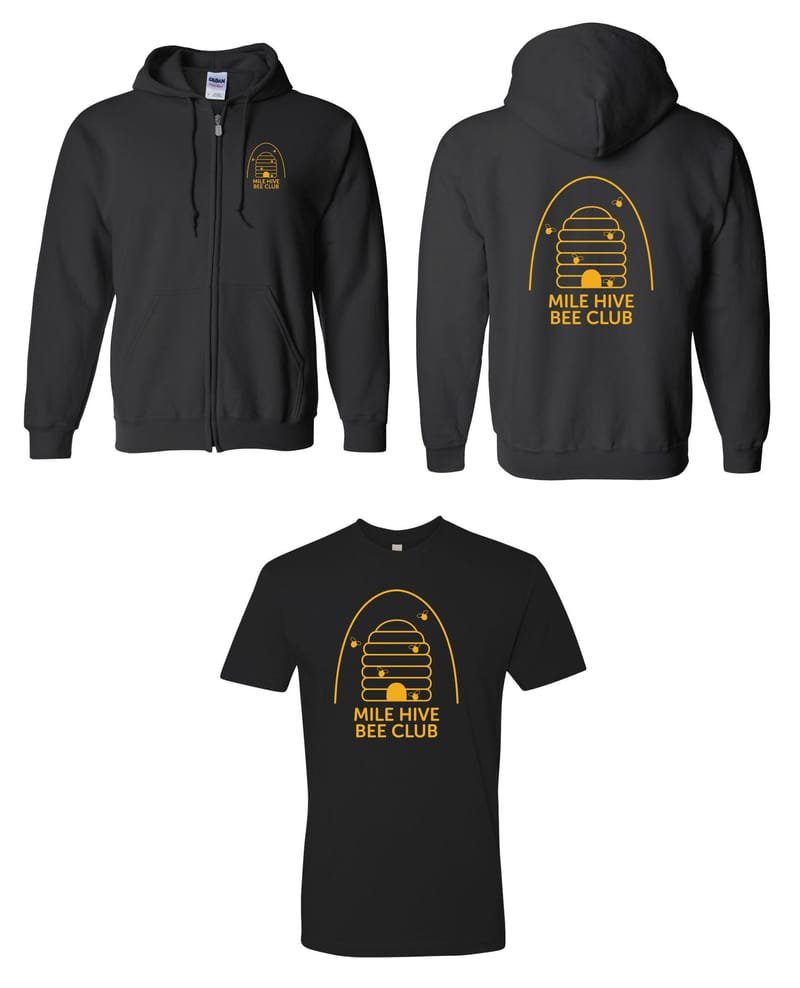 Annual membership in the Mile Hive Bee Club is only $25 and your dues include co-membership in the Colorado State Beekeeper Association. T-shirts are $12, and hoodies are $25. You may pay for your clothing with your membership application, but there is no place on the membership form to include clothing. Please make a note indicating what clothing you are purchasing and your size preference on your PayPal payment, or as you send in your cash or check. Our sizes are men's small, medium, large, xl, and xxl. We will do our best to accommodate size needs. Please understand that we are a small club and can only place a small order, so that restricts our sizing options. If we sell out we can place another order! Memberships forms may be sent to danbraun725@gmail.com. You may also mail the form to the address included on the form. Payments accepted are cash, check, and PayPal. Send cash or check to address on application. PayPal recipient is Mile Hive Bee Club.

Here is the Membership/Renewal Application

Please scan or e-mail your application to  danbraun725@gmail.com

or mail to the address on application.

QR Code to PayPal Please: In the Notes, put the name(s) you want it applied to. 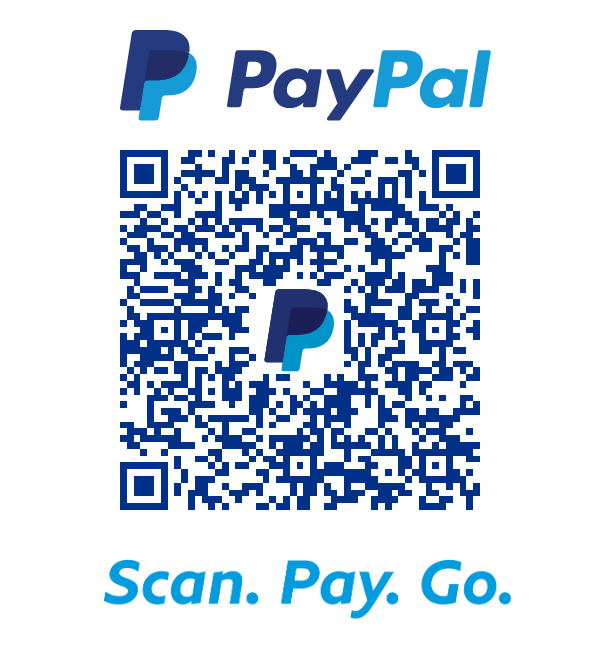 Have you seen a swarm of bees? Swarming is a natural process for bees that allows them to establish new colonies. The bees in the swarm will generally be very docile and not a threat but they should be collected to make sure they don't find a home inside your home.

Call 1-844-SPY-BEES (1-844-779-2337) for the state beekeeper swarm hotline. When you call the hotline please be prepared to give a good description of where the swarm is, how high up it is, what it is hanging on and a guess as to how long it has been there. This information will help us make sure the best beekeeper shows up to give these girls a new home. 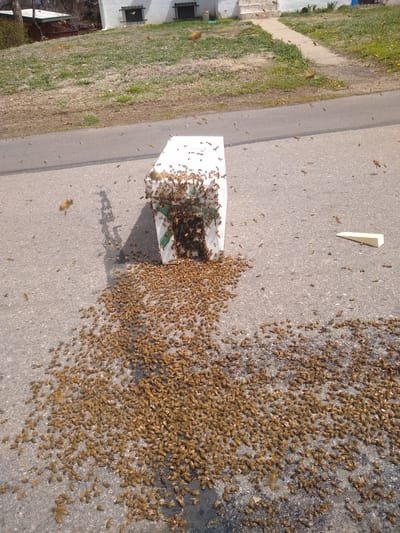 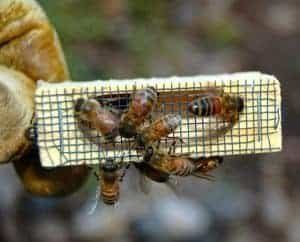 Homestead in the Hood: Matt and Sarah McLean- Westminster

Where To Get Bees Colorado State Beekeepers Association (coloradobeekeepers.org)

If you are just starting out as a beekeeper, welcome!  It's a fascinating journey.

Rusty Burlew is the author of Honey Bee Suite. She is a master beekeeper out of Washington state, and her blog is in-depth and research driven. She write short, concise pieces that are often timely and relatable to the beekeeper. Her Beeginners section is detailed, accessible and well organized.  Her website, linked below has a great beginners page.  Go to contents up top, and you'll see the Bee-ginners section in there. 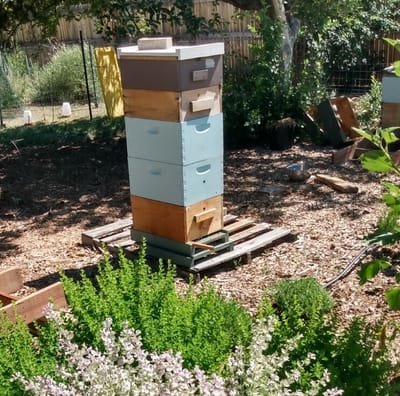 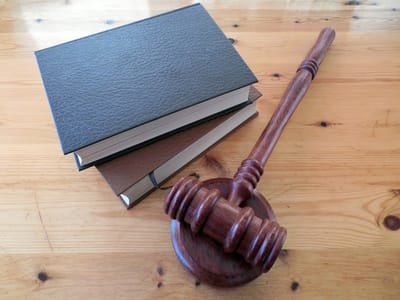 Different municipalities have their own laws regarding having honey bees.  Do you know your local bee laws?

Denver: https://library.municode.com/co/denver/codes/code_of_ordinances
Article 11 Use Limitations and Definitions: Under Animals permitted without a license: "Domestic Honey Bees •2 hives per zone lot; •Hives must be in rear 1/3 of zone lot with a 5 foot setback from side and rear zone lot lines; •Hives must be screened so that the bees must surmount a 6 foot barrier, which may be vegetative, before leaving the property; •No outdoor storage of any bee paraphernalia or hive materials not being used as a part of a hive." Denver Zoning Code, Article 11.8..5.1 p 69. 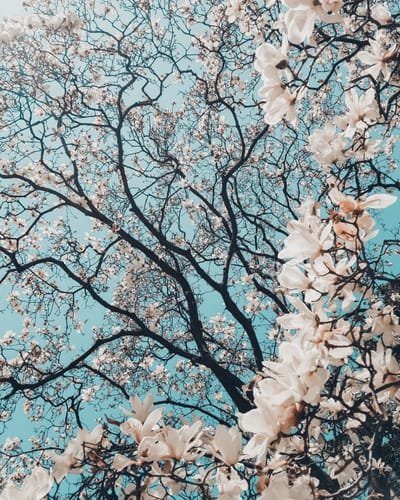 What's Happening In the Hive - The Hidden Signs of Swarming- Stephen Repasky: ​https://www.beeculture.com/whats-happening-hive/​​​

How To Catch a Swarm by Hillary Kearney: ​https://beekeepinglikeagirl.com/how-to-catch-a-swarm-of-bees/​​​

How To Split a Beehive Into Two Nucs and a Parent Colony- Norfolk Honey Company: https://www.youtube.com/watch?v=E-W3XCv4OaA

Honeybee Democracy by Tom Seeley:  Tom Seeley is the authority on swarm behavior, and this book compiles his most important work on the topic 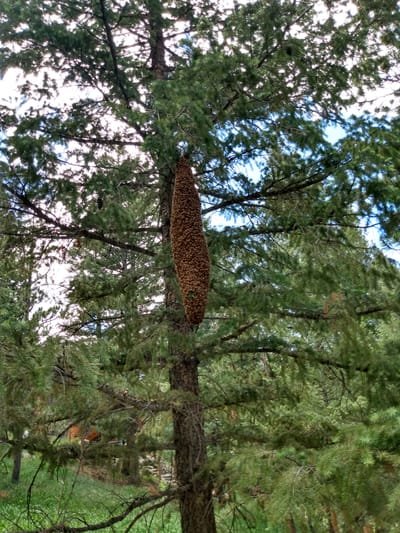 The Cloake Board Method of Raising Queens by Sue Cobey

Splitting a Beehive and Adding a Queen Cell by Jason Chrisman: https://www.youtube.com/watch?v=999X4o0bzw4&t=26s

How We Produce Queens by Bob Binnie

Grafting with Paul Kelly at U of Guelph 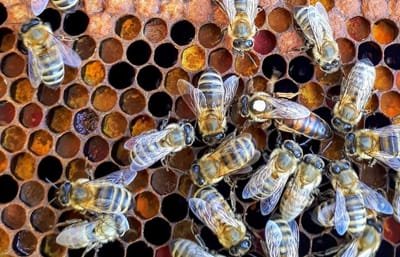 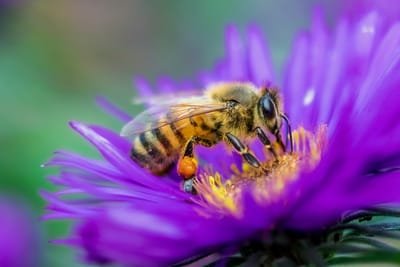 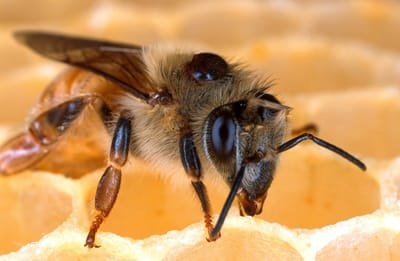 Making a Plan For Varroa by Meghan Milbrath

Why did my bees die? by Meghan Milbrath: https://www.youtube.com/watch?v=ZWtSbVXqO_Y&fbclid=IwAR1pJxYzQBH-1dBWXhYCeZSCJeqBi3Rf9_eQHGBedwlHqmpd0eOcZxtHRWQ

​Why Care About Propolis? by Marla Spivak​​​

The Effects of Heat and Time on Wax and Honey​​​

​How To Make Natural Beeswax Candles​​​
​​​
​Honey Judging and Standards​​​

University of Florida Honey Bee Research and Lab Honey Bee Biology Index: Jamie Ellis wrote an amazing series of articles for the American Bee Journal on honey bee anatomy and biology.  Those articles and others can be found here.

Jamie Ellis presents "Worker Honey Bees and What They Do"

​University of Guelph: Feeding and Overwintering​​​ 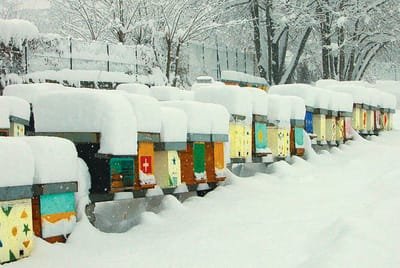 Other Bees and Pollinators

Buzz About Bees: The Wonderful World of Bees 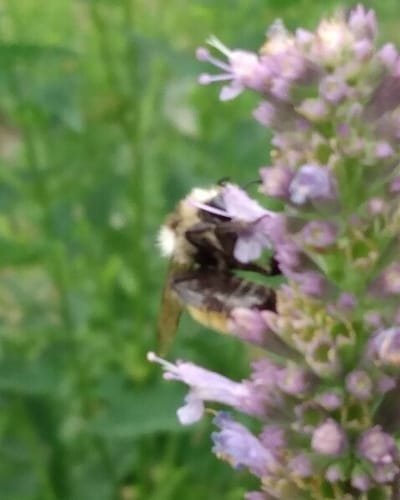 Don't Make or Buy a Top Bar Hive Until You Watch This by Phil Chandler: Some nice considerations about top bar hive designs.

Beekeeping For All by Abbe Warre

horizontalhive.com The go-to resource for the Layens hive; Includes designs to build several hives, including Layens and Long Langstroths 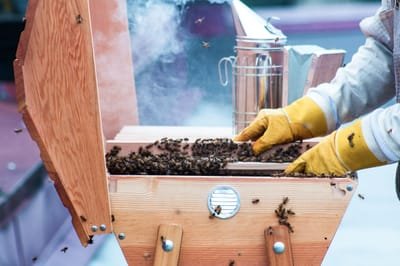 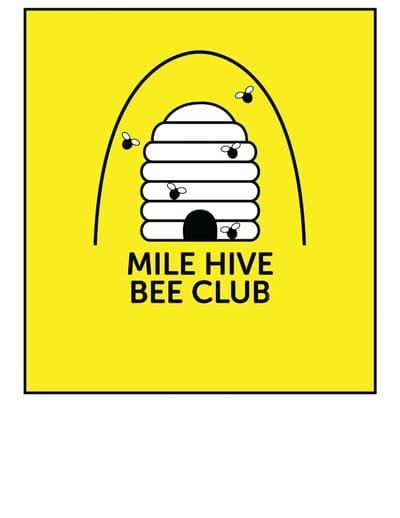 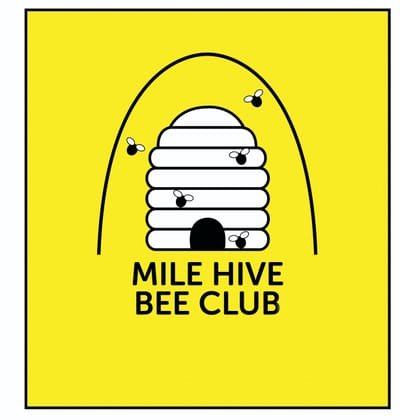 In 2012, Gregg McMahon decided that Denver needed a new bee club. Gregg was teaching his introductory beekeeping classes at Vicki Monroe’s shop: “To Bee or Not to Bee”. This was the original site of the shop and was located off of 39th Ave. and Fox St. in an equipment/machine rental yard.   Gregg taught his classes upstairs of the large garage with the smell of engine oil permeating the room. It was an ideal beginning to the Mile Hive Club. For the first couple of years, the club met in this room or in summer weather outside on the patio of “To Bee or Not to Bee.” As the club grew in membership, we clustered closer together with standing room only on most meeting evenings.


Gregg was assisted by beekeepers Kristina Williams and Shava Crocetta to keep the meetings informative. The early meetings had few formal speakers, no powerpoint presentations and were sometimes at the mercy of the weather. That said, we learned beekeeping tricks and techniques as we struggled with mite treatments and bee health. Mitch Gerber, the Club’s first treasurer, who was also an organizer, drew up the bylaws and completed the required tax paperwork to designate Mile Hive Bee Club as a non-profit organization. There was a logo contest somewhere along 2014 and a website was established. Membership fees were $18.00 per year and that included joint membership in the Colorado State Beekeepers Association. A leadership board was established with President, Vice President, Secretary and Treasurer positions along with two open member-at-large roles.

Vicki Monroe sold “To Bee or Not to Bee” when her brother, who owned the equipment rental business died suddenly. Dave and Ashley Baker purchased the business and relocated it to Littleton (at Wadsworth and Coalmine). Mile Hive Bee Club lost its meeting room and was adrift for a year looking for a new meeting site. Venues were tested and included the relocated ‘To Bee or Not to Bee Shop” (too far and too small); The Mercury Café (too noisy and no parking); and various odd rooms around the metro Denver area. Eventually, the club found a welcoming space at St. John’s Cathedral located at 13th and Washington near downtown. For a time, the church had kept beehives on their roof and were more than happy to provide the Club with meeting space (just so no one parked in the Bishop’s space). The club gives a donation to the church each December as a thank you for their hospitality. The Board decides on the amount of the donation with membership approval.

The Club has had a presence at local street fairs in the Denver area as well as members filling speaking requests for various organizations and groups. Bee and pollinator education have been hallmarks of the Club’s foundation. Along about 2017, led by John Swayze, the club established an apiary at the old Riverside Cemetery. Three hives were installed and managed by volunteers from the club. A small honey harvest is collected and sold with profits donated to the club’s coffers.

The Club has met at the church the second Tuesday of each month for 5 years. Meeting styles have changed with a “newbee” half hour at 6:30 p.m. followed by a formal meeting and program at 7:00 p.m. A new board position was created to organize the speakers and topics for each meeting. Club membership numbers have varied from 30 to 80 each year, drawing in new beekeepers whilst retaining a few old timers.  In 2020, the Club faced the COVID pandemic and shifted to ZOOM meetings. This has enabled a wider variety of speakers to present and been an exciting new format for the club, although members lament the lack of gathering.